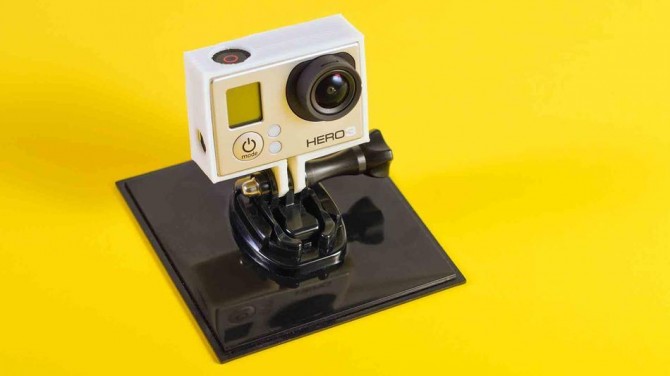 For those who are uninitiated, cameras are fickle pieces of technology. A truly high-end video camera that can support HD-quality graphics is an expensive endeavor, and one that often inhibits a filmmaker to take real risks with shooting. Who wants to strap a $2,000 video camera to the handles of a bike or the helmet of a rock climber?

A small, durable and low-cost camera that produced killer footage was the goal for Nick Woodman, CEO of GoPro. So, he developed a prototype and strapped it onto his surfboard — and a success story was born.

In its decade of existence, the GoPro doubled in sales every year to become the number one best-selling camera in the world. (Woodman is now a billionaire, with GoPro valued at $2.25 billion). The cherry on top is the GoPro HD Hero3: Black Edition, a full-HD 1080p video and still camera that can be controlled via a Wi-Fi remote. The company is able to cram all of these features into a body that is 25% lighter and 30% smaller than the Hero2 (clocking in at 2.6 ounces), and still keep the price point under $400. Mashable talked to Shaikh about how the GoPro is revolutionizing the video industry and how the camera continually outdoes itself.

What do you think of the GoPro? Let us know in the comments.