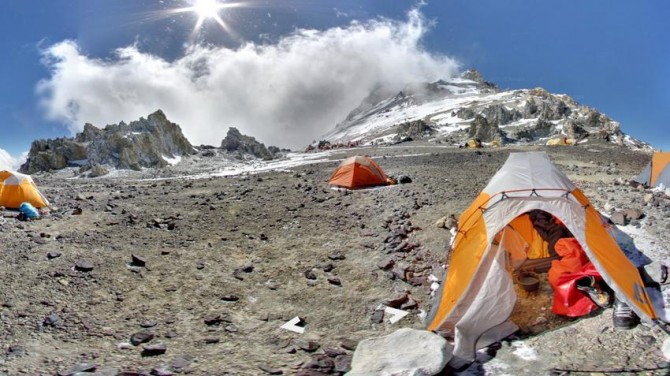 Want to see what it’s like to climb to the top of the tallest mountain peaks in the world, without the risk of avalanches, rock slides and … you know, falling?

The images not only capture the snowcapped scenery, but also things such as huts and mules which reside along the way. The pictures show the base camps, where climbers eat, and even cliff-side monasteries.

The concept came about while Google employee Dan Fredinburg — who works with the company’s Innovation Lab and data control — was climbing Mt. Fuji in Japan.

“It was an experience we wanted to share with everyone,” Fredinburg told Mashable. “After that, we decided to climb mountains worldwide over the course of a year and a half by taking photography equipment with us and capturing it for Google.”

Although Google has a dedicated adventure team that scales regions such as the Grand Canyon for Maps, Fredinburg said employees are encouraged to do related side projects like this. Along with a few other Googlers, he packed up a tripod and a digital camera, and hit the road.

“Mt. Kilimanjaro was a lot easier than the other mountains,” he said. “We had to carry equipment and food for 20 days on some trips, as well as have ropes to attach feet to the ground. It was a daunting task on top of transporting a tripod and a big lens.”

Every location you see from the treks is made up of 12 photos (three in each direction, strung together).

For a full look at the pictures, click here. It may not be the same as knocking a few locations off your traveling bucket list, but at least you won’t get frostbite.