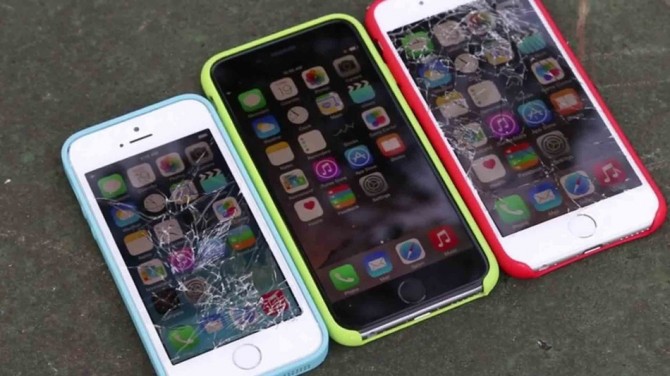 Apple’s two new iPhones went on sale Friday, so naturally the Internet responded by seeing how quickly they could destroy them.

The new smartphones have been on sale less than 24 hours and the first wave of drop test videos are already making the rounds. The results are somewhat varied, but there are predictably tragic endings for some displays.

SEE ALSO: Devastated Australian Drops His New iPhone 6 on Live Television
First up is a TechSmartt tester, who compared how the iPhone 6 fared when it was drooped while housed in Apple’s leather and silicone iPhone cases, respectively. The iPhone 5S in Apple’s leather case was also tested for comparison purposes.

The phones held up well in the initial drops, which were completed from pocket height, head height and 10 feet above ground. But it was the final drop— from 10 feet high with the screen face down— that did in the iPhone 6 and iPhone 5S, both of which were housed in Apple’s leather case. Interestingly, the iPhone 6 in the silicon case made it through the same fall relatively unscathed. Though, as the tester notes in the video, this could be more of a coincidence than testament to the cases’ relative protective abilities