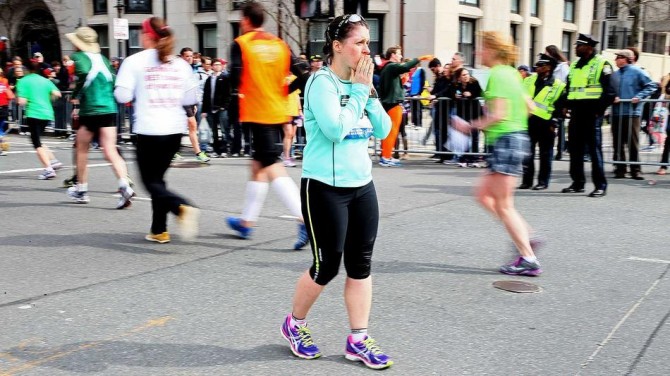 Tyler Fenton lives in Boston’s Mission Hill neighborhood, and can sleep five people between his extra bed, couch and floor.

David Rahn lives in Brighton, and has room for one — plus extra clothes, Wi-Fi, a shower and more amenities for use.

Kara Bauer lives 40 minutes outside town, but “would happily drive anywhere to pick up a runner who needs food, shelter and comfort.”

Fenton, Rahn and Bauer are among hundreds of area residents who have listed their phone numbers and email addresses online after a Boston.com call to action. The Boston Globe‘s digital arm asked locals to offer extra space to Boston Marathon runners and spectators stranded in town after Monday afternoon’s deadly explosions.

The resulting Google Drive document serves as a touching testament to human resilience, as well as a powerful counterpoint to the disaster that was unleashed when two bombs exploded near the Boston Marathon finish line some four hours after the race began.

Below is a tiny snapshot of what the page looks like. It’s hard to imagine something as typically banal as a spreadsheet being more moving or packing more emotional significance.

Head over to the full document, and you’ll see that it continues for several hundreds lines.

The world looked on in horror as details emerged following the double-bombing at the marathon finish line. At time of writing, two victims were confirmed dead — including, reportedly, an eight-year-old boy — and dozens more wounded.