Cellphones – A Teens Lifeline to the Internet 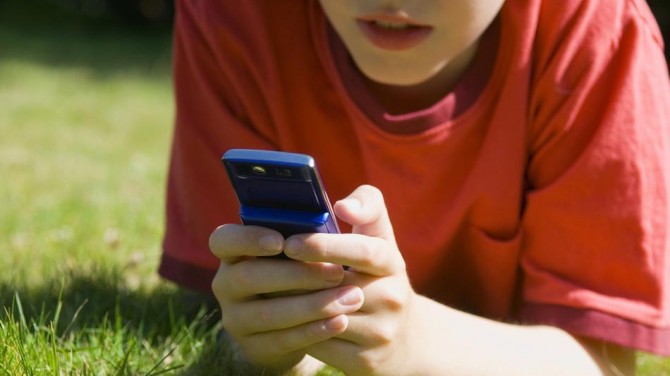 It’s a sight that’s all too common, now: teenagers never looking up, glued to their cellphones every hour of the day. Text messages may seem like the major culprit for this behavior, but a new report shows that one in four teens use cell phones as their device of choice when browsing the web.

According to a study by Pew Research Center’s Internet and American Life Project, mobile access to the Internet is pervasive among teenagers. Instead of using desktops or laptops, most rely on their phones to go online. The survey of teens ages 12 through 17 found that 78% have a cellphone, with nearly half of those being smartphones.

Compared to one in four young adults who are “cell-mostly” users, only 15% of adults rely solely on their phones.

Although teens are just as likely to have a cellphone as they are to have access to a desktop, their home computers are often shared with family members, resulting in privacy issues and limited time online. Mary Madden, senior researcher at Pew Internet Project, explains that it’s much more convenient for teens to check social networks or search for videos via mobile since they sleep with their phones on or near their bed.

“Unlike many adults, teens aren’t sitting in front of a desktop or computer all day at work, so the different rhythms of daily life may be a factor influencing the different patterns of use,” Madden tells Mashable.

Unsurprisingly, older teenage girls are more likely to be “cell-mostly” users (34%), and 74% of all teens say they occasionally access the Internet on phones, tablets and other mobile devices.

“In many ways, teens represent the leading edge of mobile connectivity, and the patterns of their technology use often signal future changes in the adult population,”

The findings cut across the economic board. Out of those who have Internet access, teenagers in lower socio-economic groups are just as likely — and sometimes even more likely — to use cellphones as primary access points than teens in higher-income households.

In general, smartphone ownership is up, as well, with 37% of American youth owning a smartphone compared to 23% in 2011.

But this extensive use is cause for parental concern. With their kids constantly connected to personal devices, how can parents monitor use and ensure safety? Indeed, the ability to restrict a child’s exposure to specific content is much easier on shared desktops.

“Another tension point emerges around the importance of phones for managing the logistics of family life, such as many parents cannot or will not take their child’s phone away from them,” Madden says.

It turns into a balancing act, she explains. Parents need to be close observers, and guide their kids’ online use, but every teenager wants to maintain their own private social space.

What do you think of the study’s findings? How can parents tackle the issue of safety regarding teens’ increased mobile use? Let us know in the comments